eThekwini Mayor will know her fate by the weekend

eThekwini Mayor will know her fate by the weekend 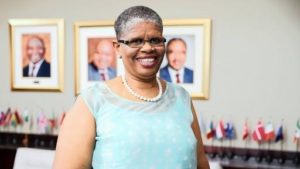 Zandile Gumede will now know by the end of the weekend if she will be removed as eThekwini mayor or not.

Kwazulu-Natal ANC provincial secretary Mdumiseni Ntuli on Tuesday said the party was looking at removing all deployees who were failing to execute their duties.

Ntuli addressed the media on the ANC’s provincial executive committee (PEC) meeting which ended on Monday night. He said the party would finalise matters surrounding its deployees in municipalities who needed to be removed from their positions this coming weekend.

Ntuli said a report submitted to the PEC on Friday suggested that there were municipalities under the ANC’s control which required interventions by its provincial leadership.

He said the placement of Gumede on extended special leave

was an attempt by the party to show its moral standpoint.

“We acted in that way because we wanted to send a clear message that nobody among us is more important than the responsibility of the ANC to lead the people of eThekwini and KZN, so at the heart of that decision was the interests of the people,” Ntuli said.

The ANC said it could not conclude the discussions on the removal of some deployees to municipalities at its PEC meeting but it aimed to do so at the weekend.