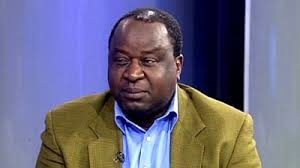 Finance Minister Tito Mboweni says Eskom is closer to receiving a R59 billion bailout in terms of the Special Appropriation Bill, which was passed by the National Assembly on Tuesday.

The bill must also be approved by the National Council of Provinces before President Cyril Ramaphosa can sign it into law. Mboweni further said the right people needed to be appointed to Eskom’s board and management, and that the government must be in a position to hold them accountable for Eskom’s operations.

The bailout can only be used to pay down debt and interest payments, and the Department of Public Enterprises has to make sure there’s a new CEO within a month after the bill becomes law. Eskom’s board must also be strengthened by year-end. The EFF’s Floyd Shivambu said Eskom board chairman and acting CEO Jabu Mabuza should be fired for incompetence.