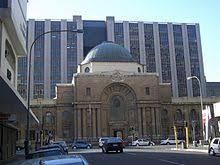 33 year old Bongani Lucky Masuku was handed down 20 life sentences, and 758 years behind bars at the Gauteng High Court on Tuesday. He committed 126 crimes he committed between 2010 and 2018.  He was reportedly part of a syndicate that targeted homes in Soshanguve, Tshwane, Winterveld, Itsoseng and Ikageng near Potchefstroom.

The alleged gang would enter the homes and take turns raping women and teenage girls while robbing and assaulting relatives.  Masuku reportedly faced 35 counts of rape and a count of murder for killing an off-duty police officer on January 7 last year. The gang’s victims were aged between 14 and 27.