Still No Leads On Disappearance Of Durban Business

Still No Leads On Disappearance Of Durban Business 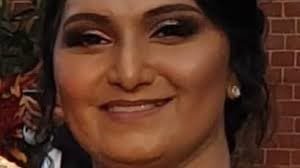 One of the trending stories in Durban at the moment is the disappearance of business woman Sandra Moonsamy. It has been a week and there have been no leads despite many attempts to learn of her whereabouts. Last week, the mother of 2 was travelling along Stapleton Road in Pinetown when she was accosted by a group of men travelling in three vehicles; a silver VW Golf, a white BMW hatchback and a bakkie. Moonsamy’s black Range Rover was boxed in and the men fired shots at the car. They managed to pull Moonsamy out of her SUV and she was bundled into one of the three vehicles. Despite a number of false leads, police have yet to find Moonsamy or make contact with those who took her. Her family has since offered a reward for information that could lead to her safe return. The investigation has been taken over the Directorate for Priority Crime Investigation. Anyone with information regarding this case is encouraged to please contact Reaction Unit South Africa on 0861234333 or Prem Balram on 0721706100.